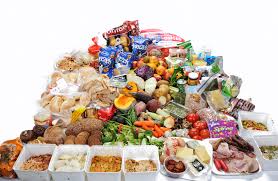 We living in age were 50 years ago we send man on the moon, and now we sending robots on Mars, and care more about cosmos than on ourselves on the ground.
Year by year there are new conflicts around world between nations, and someone must always expiate. I talking about people, expecialy children.
On one side we have people who spending ten of thousands of money on luxury food, and on another side people who can`t affort simple meal of rice or potato 3 times per day.

Its not a secret that we throwing 1/3 of world food wich we can use. Thats every year 1.3 billion tonnes of food is wasted or lost, globally.

Its very funny but estimated 820 million people did not have enough to eat in 2018, and there are 338 million school-age children and adolescents who are overweight and 672 million obese adults. How is that evan possible?

Who make food waste and why?

Hotels, fastfood chains, Hipermarkets, farmers, this is just some of tham…

5* luxury hotels and evan 4* have complexes or their are very complexe? Everything need to be pearfect. Friut need to be shine like picture, even suny side up egg, YES, do not be surprised, I was working in some of these hotels and its happaning to me also.

They preparing more than people can eat. It is estimated they throwing 1/3 of produced food.

1/3 of food guests eating
its left 2/3 of food, 1/3 wich they can use again in some other events, or for employes and another 1/3 they need to throw away because of hygienic sanitary regulations.

Here is the world food plant production statistic in 2017
These crops can breed on whole territory earth land surface, or on 2/3 of land territory

World food production year 2017 (These stocks are produced in year 2017,data is from Food And Agriculture Organization of United Nations)

Developing countries are in biger poverty. That’s mean that safety of food and people safety are critical, expecialy children. The food storage conditions are at a very low level and food hazards are increased expecialy in areas where is no close access to the water and citys.

Food hazard can be biological, chemical, and physical.
That’s mean it can be contaminated with bacteria, virus, fungi, toxic, heavy metals, pesticides, and oteher chemical substances that are not adequate in the food industry and which can harm the narrow and wider population, their is also metal, palstic, wood and other physical materials.

Regularly food that can be available all around world it’s not everywhere available. Africa is continent that is in biger poverty.
More and more population some states in Africa eating unusually meals. That are meat from apes, big predators like lions, hyenas..etc.
Already three times was outbreak some of diseases ( Ebola virus ) wich these animal carry.

Food waste is serious. Today we reduce food waste, we pick apples from ground. This was in Serbia in city of Lazarevac and we reduced food waste. Most of them they were rotten.
This is everywhere in the world, but it’s not always apples, it can be different fruits and vegetables.

We save 3kg of organic apples. Its not too much, but if 100 persons save 3kg of food every day its too much, and just think what hundreds thousands of people can do.