How and what we eating in 21.st century 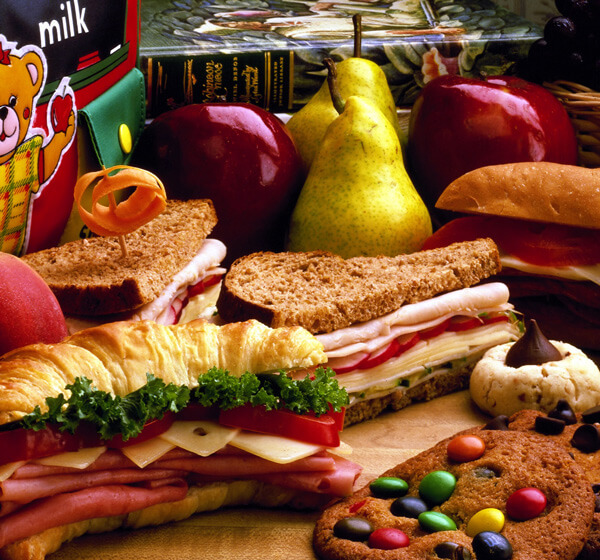 Nutrition is an integral part of every living organism, being on earth

Nutrition is the necessity of every human being. This is a process where a human being, through food consumption, enters all the necessary elements, matter in the body. Its make his body fully functional, and to satisfy hunger and his senses.

The diet of the modern man is very poor. Statistical data has noted that the nutrition of the present man is the unhealthiest in the history of mankind. We living in a modern world where technology, science and medicine are progressing every day. But more than half of the earth population suffers from various diseases not to say „Not curable.“

A modern man is eating today mostly to satisfy his hunger and his senses, he does not look at what he eats, he does not care about the diverse diet, and does not care what his body says to him. He mostly eating industrial products, which today’s corporations place through the media. Nowadays „FastFood“ is just one of the regular meals of today’s society, which makes fried foods, patties, burgers, and other meat that are full of cholesterol and concentrates, carbonated drinks full of refined sugar, refined industrial spreads like a mayonnaise, mustard, etc.

There are also bakers and cakeshops who can not make a product without flour, sugar, salt, eggs, and dairy products. These are the main ingredient for the production, and at the same time the 4 largest poisons that cause addiction.

Dairy products are also included in regular meals. They contain hormones of animals and antibiotics, as well as acids of ph value, they are full of cholesterol and saturated fats. The food of such origin (animal), when consumed in daily bases, that exceed our physiological needs, which results in our health. The food we buy in large centers, markets, mostly „we do not know“ from where it comes, and what it contains.

Now GMO is the food that we can not „escape“ from (genetically modified organism). This is for those who do not know or understand this term, plant, animal, bacteria or other organism, whose genetic material has been modified using an existing DNA binding method. It is a process where different DNAs merged into one molecule, thus creating a new combination of genes, and this is an integral part of today’s human diet. GMO food is everywhere, but a small percentage of organic products is produced by people (peasants) who have small farms, and these products are produced for their own purposes. There are few who export.

Research has shown that the predominant diet of animal origin and refined products results in various diseases such as cardiovascular diseases, arthritis, diabetes, digestive system diseases, kidney problems, prostate, liver, blood pressure, migraine, headache, Ailchamer’s disease , autism, and even cancer, but we do not reduce consumption of it despite these facts, we are increasing every year more and more.

– as well as that 90,343,901 tons of antibiotics were produced on live cattle (in other words, livestock give antibiotics to produce as quick a product as possible and expelled it to the market, regardless of the consequences for human health, and that we consume daily, we, you, your , our children )
.

– It has also produced 2078171.90 tonnes of pesticides around the world that are used for the fastest production of fruits and vegetables,

– Also, 91,456,871 tons of seafood products have been produced which are full of chemicals or produced on sea farms under the influence of man,

– 2,123,123 deaths under the influence of contaminated water and similar effects (foods).

– 237,554,300 tonnes of hazardous pollutants (which are found mainly in industrial areas, where there is huge food production) have been ejected

– 1250716,42 tons of biphenol A (used in the production of some plastics and epoxy resins, such as water bottles, sports equipment, food cans.) But research has shown that BPA has the properties of a hormone that has caused concern about the safety of its use in some products, especially those who are in contact with food.

According to the European Food Safety Authority „BPA poses no health risk to consumers of any age group (including unborn children, infants and adolescents) at current exposure levels“. But in 2017 the European Chemicals Agency concluded that BPA should be listed as a substance of very high concern due to its properties as endocrine disruptor.

In 2012, the United States’ Food and Drug Administration (FDA) banned the use of BPA in baby bottles. The Natural Resources Defense Council called the move inadequate, saying the FDA needed to ban BPA from all food packaging. The FDA maintains that the agency continues to support the safety of BPA for use in products that hold food.

The Environmental Protection Agency (EPA) also holds the position that BPA is not a health concern. In 2011, Andrew Wadge, the chief scientist of the United Kingdom’s Food Standards Agency, commented on a 2011 US study on dietary exposure of adult humans to BPA saying, „This corroborates other independent studies and adds to the evidence that BPA is rapidly absorbed, detoxified, and eliminated from humans – therefore is not a health concern.“

The Endocrine Society said in 2015 that the results of ongoing laboratory research gave grounds for concern about the potential hazards of endocrine-disrupting chemicals – including BPA – in the environment, and that on the basis of the precautionary principle these substances should continue to be assessed and tightly regulated.

A 2016 review of the literature said that the potential harms caused by BPA were a topic of scientific debate and that further investigation was a priority because of the association between BPA exposure and adverse human health effects including reproductive and developmental effects and metabolic disease.

For pregnant women and fetuses, the expert panel found that different levels are problematic at different stages of development, such as:

For neurological and behavioral effects, there is some concern
– For prostate effects, minimal care
For the effects on possible puberty, minimal care
– For defects and malformations, negligible concern

For babies and children

The panel gives the following levels of concern for biological processes that the BPA could have impact:

Some concern about neural and behavioral effects
minimal concern about the impact on premature puberty
– For adults, negligible care for adverse effects on reproductive health in standard BPA exposure. For groups that are exposed to BPA in very large quantities, for example, people who engage in contact with large amounts of BPA, the level of concern is raised to a „minimum.“ It also affects obesity and the nervous system

Statistics are here, but the numbers continue to rising, and this is just proof of how poor diet is. Together we can make a change and a healthier lifestyle.

Do not live to eat,you need to eat to live.