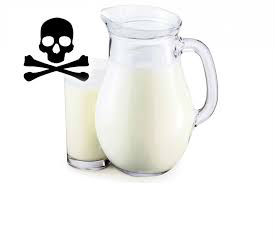 We all love dairy products, and do they love us? Milk products for centuries are in our diet, from milk, yogurt, cheese, butter, sour cream, kefir, etc. We consume them every day throughout the year. We mostly consume breakfast for coffee, pastries and sandwiches, as well as supplements with flakes, and for dinner, and it is mandatory for us to drink a glass of milk before going to sleep, because “experts” told us. The dairy industry has eloved at great speed, almost overnight.

In 2016, 816 million tons of milk were produced worldwide. The quality of milk has drastically drained itself and its nutritional value. In the last decade, milk and dairy products are one of the main reasons why more and more children are suffering from osteoporosis, type 1 diabetes, bone cancer, high blood pressure, cholesterol, etc …

In the last century, milk was consumed for the sake of taste, and most of all because it was „healthy“, i.e. has calcium, strengthens the bones … but as the time passed, the population began to suffer from osteoporosis, bone cancer in type 1 diabetes, and it was not clear to anyone why it was so. 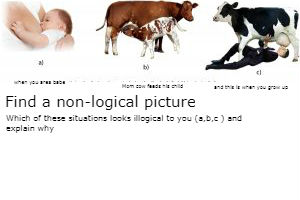 Why, for example, the Philippines in 1970, 1980 had the smallest mortality rate, as Japan, China. Research was carried out and it came to the conclusion that this was due to the nutrition of foods of animal origin (in this case milk). Milk is rich in proteins and fats, but its not everything is so white. 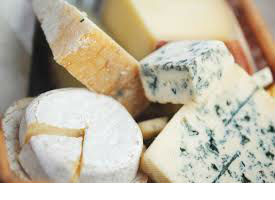 1. Main protein in milk is Kazein
2. Milk has an acid ph value
3. Low fat milk is not as good as it is being said
4. After pasteurization, there is bacteria in milk
5. You consume milk and antibiotics and hormones

– Milk consists of casein. Casein is a protein that increases the risk of cancer. In the past decade, cancer testing has been performed on rats who have canser. There were two groups. A group which it given 5% casein did not have progression of liver cancer, but another group was given an amount of 20% of casein and there was progression of liver cancer for 12 weeks. After that, they reduced and increased doses between 5% and 25% of casein in 12 weeks, and every time they were amplified, there was progression of cancer, and there was no progress when they reduce a dose. In cow milk there are 300% more caseins than in milk of a human (mother). By consuming so much amount of casein there is a problem in breathing pathways. When breathing pathways close, the body is weak and it develops sinus, asthma, bronchitis, frequent leakage, and allergies from dairy products.

– Milk has an acid ph value. When you consume milk, your body has receptors that recognize and immediately neutralize acid in the body by releasing calcium from the bones and neutralizing the acid. Our bones become more porous and fragile each time, resulting in bone cancer and osteoporosis and other diseases (eg Crohn’s disease).

3. Low fat milk is not as good as it is being said

– When you consume whole fat milk, it prevails with fats and there is a risk of cholesterol and heart disease, and when this fat gets out, you are consuming skim milk who have coming to protein prevalence, as I explained in point 1.

4. After pasteurization, there is bacteria in milk 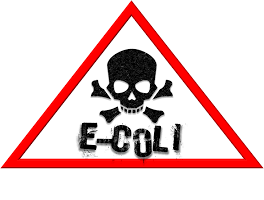 – Pasteurization of milk you kill most of bacteria, but a very small percentage of bacteria survives. Dairy products are foods containing bacteria like salmonella, staphylococci, listeria, Ecoli 01573.

5. You consume milk and antibiotics and hormones 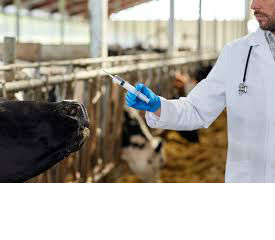 – In order to produce huge amounts of dairy products, cows on a daily basis inject the growth hormone injection (rbGH). This hormone drastically increases milk production, but it also increases insulin growth as a growth factor 1, which has been shown to promote the growth of cancer cells.- Large amounts of antibiotics that are given to cattle can lead to an increase in antibiotic resistance to bacteria.

To consume organic dairy products coming from a village where peasants produce is better, but still observe a product that does not fit the human body. Human is the only living being in the world who consumes milk of another species after breastfeeding! – The best replacement for milk is almond milk, rice milk, soy milk, coconut milk. These types of milk have a better nutritional value, they are healthier and do not contain cholethols, and hormones, contain vitamins and minerals, as well as carbohydrates, proteins and fats.